Taken from the earthen dam at the proposed site of the Norman Invasion. Go back a chapter for full info if you came in here from Usenet (return to Index link above and then the Earthen Bank Mystery link) if you want close up shots and background information on this strange wooden beam.

I have drawn some features on this photograph.
Point A) is flat and the line of the edge appears to have been cut away since the grain runs off the parallel. A pencil line outlines the shape that is the impression of the exposed area. The line is drawn to help identify the shape amongst the colours of the photo.
Point B) is damage done by the excavator.
Point C) is the axe cut which appears to be deepest on the top side but also can be seen to be marked on the vertical side. Whilst axe cuts can be seen on the top of the beam the mark on the vertical left hand side might not be caused by something else - it is impossible to tell what it is at this time. It has been suggested that this mark might be caused by rope or chain burns when the beam was moved.
Point D) and F) are the two spurs at the northern end. D appears to have potential to have been shaped on the vertical side whereas F) looks natural and out of character with the rest of the beam. 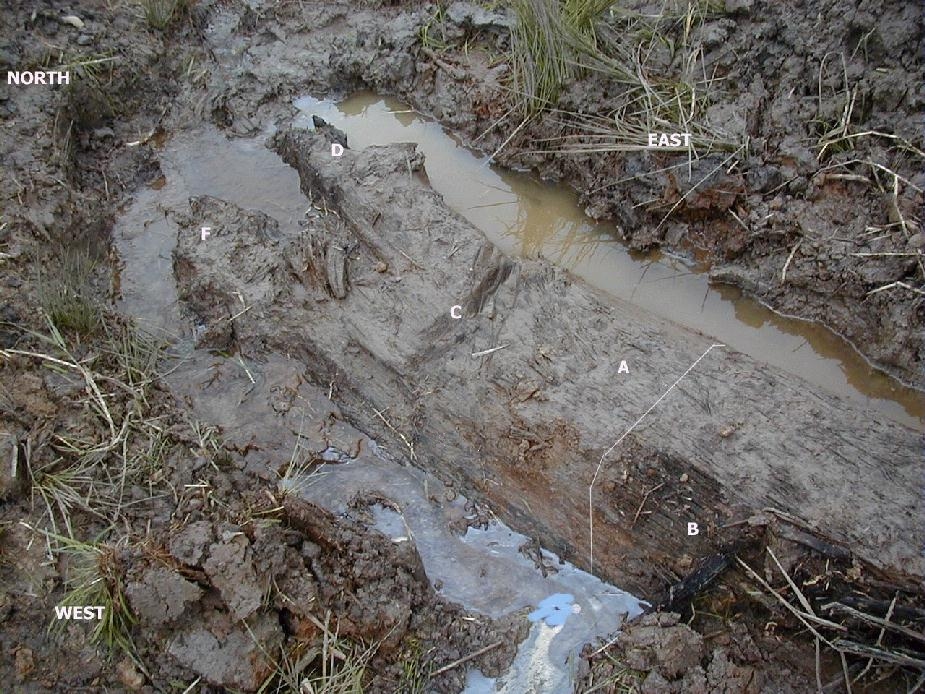 The next photograph is taken looking straight down the beam (south). The line is drawn to identify the straight edge. At the end farthest away from the camera the edge is lost as the water level changes. However it can be seen that this beam is clearly shaped for some purpose. 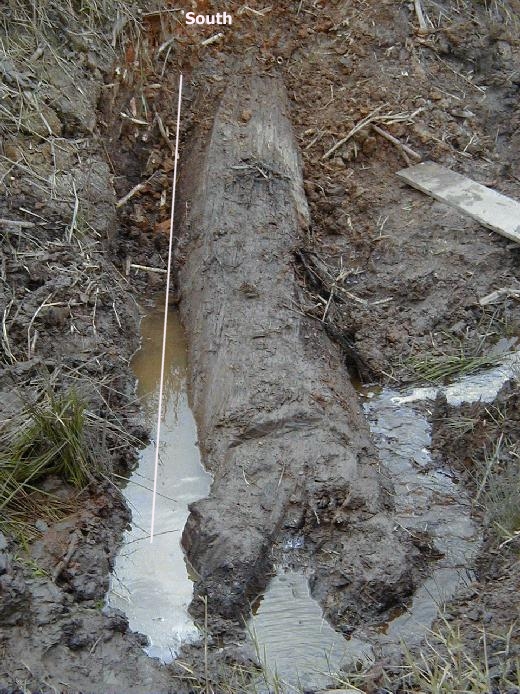 The final photograph in this series is a close up at the south end of the beam where it enters the bank. There appear to be three identifiable layers of sediment (C) with a layer of small stones (B) cutting through a top layer (A). 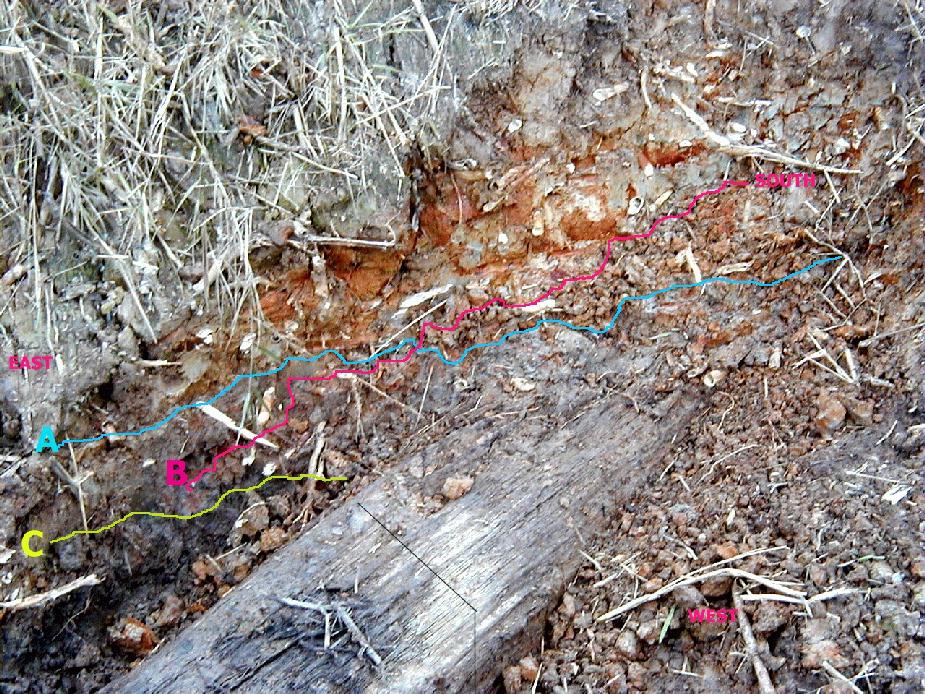 The first question is what is the age of this beam? Is it ancient? If so what was it used for and how did it get there? Was the tree that it was made from cut down in 1066, to help build an earthen dam to keep shore up the boats in the inlet? - as told in the Carmen? Could it be something else? In any event it is strange that it has turned up in this place and therefore requires further investigation.