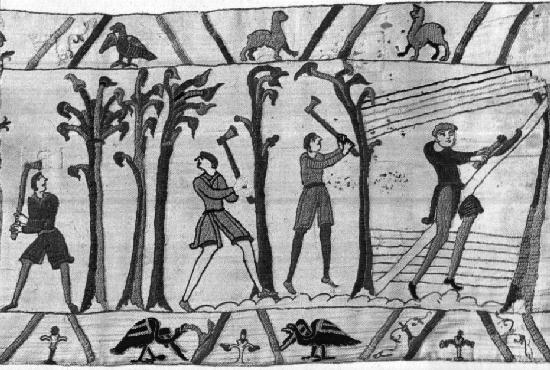 The fact that the men and horses are shown sitting further endorses the large war canoe concept. The masts were not a permanent fixture since they are later shown being removed upon landing and are supported by four ties on each.